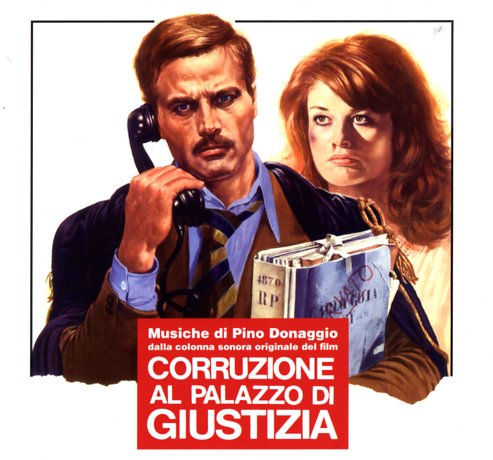 Some of the warmest work we've ever heard from Pino Donaggio – a great little soundtrack scored for an Italian political thriller of the mid 70s, and done with some really wonderful touches! There's a really subtle sense of drama in most of the tunes – a style that's never overblown or too orchestral – and which comes mostly from the simple juxtaposition of notes that create a deep feeling without doing much. Many themes get a bit dynamic in their rhythms – not really funky, but nicely driving – and the instrumentation features some nice keyboards tucked inside strings and woodwinds – which themselves are often used in really fresh ways too. A nicely unique soundtrack from the time – one that occasionally echoes other Italian work of the period, but which stands alone with a boldness of its own! Titles include "Tema Di Elena", "Indagine", "Al Palazzo Di Giustizia", "Solitudine", "Trasferimento", "Finale", and "Notturno".  © 1996-2021, Dusty Groove, Inc.
(Limited to 300 copies – on red vinyl!)