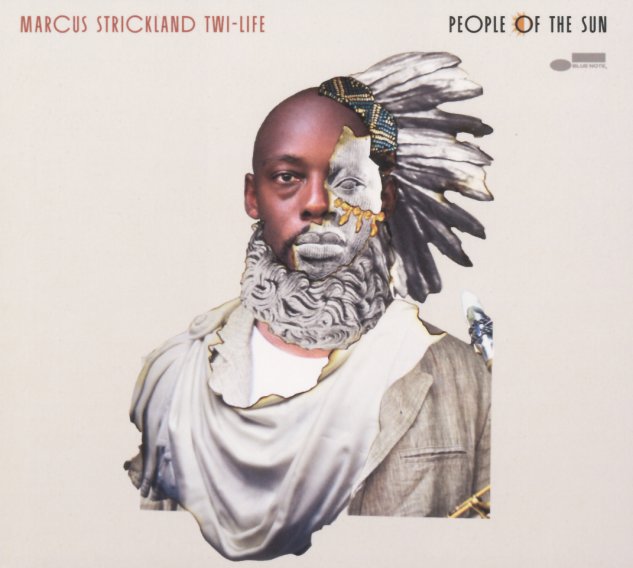 Saxophonist Marcus Strickland continues the electric explorations of his previous project with Meshell Ndegeocello – but works here on his own, with his very cool Twi-Life group – which certainly opens up a whole new dimension in his music! Marcus blows sopranino, alto, tenor, and bass clarinet – in a group that also has Mitch Henry on a fair bit of keyboards, with live bass and drums, and occasional rhythm programs from Strickland himself, which bring a subtle complexity to the music! The sax solos are mostly right out front in the mix – but sometimes step aside for guest contributions from Greg Tate, Bilal, Pharoahe Monch, Akie Bermiss, Jermaine Holmes, and Weedie Braimah – on titles that include "Lullaby", "Build", "Aim High", "On My Mind", "Spirit Of The Music", "Relentlessness", "Marvelous", and "Black Love".  © 1996-2021, Dusty Groove, Inc.
(Mark through barcode.)

Nihil Novi
Blue Note, 2016. Used
CD...$9.99
The reed talents of Marcus Strickland hit the sound of the new Blue Note – with wonderful results! The album was produced by Meshell Ndegeocello, and has a much more electric vibe than some of Marcus' other records – an angular, snakey sort of groove that really shows Meshell's ... CD