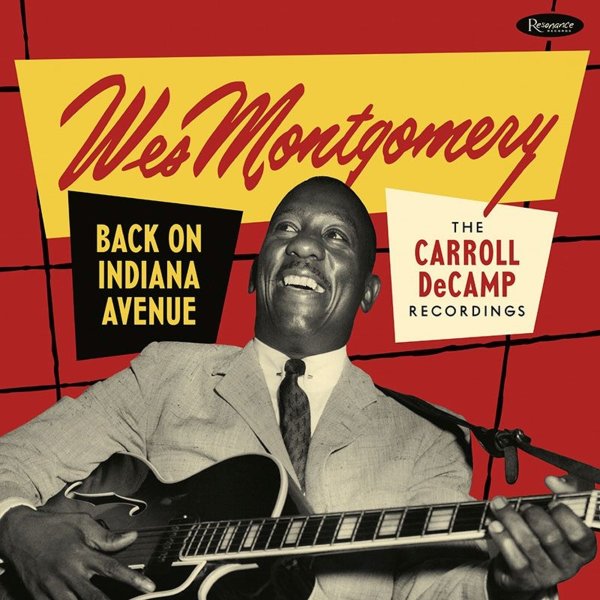 Back On Indiana Avenue – The Carroll DeCamp Recordings (180 gram pressing)

Really fantastic early work from guitar genius Wes Montgomery – a series of live recordings from his Indianapolis roots – done at a level that's quite different than his bigger records of the 60s! Even at this early age, Wes is already a chromatic master – able to get sounds out of his guitar that are so different than most of his contemporaries – playing in a small combo mode on most tracks, but with less of the R&B influence than most postwar guitarists. Instead, Montgomery is pure jazz all the way through, but also without that too-clean tone that some folks were going for – just a great focus on color and open, honest tone – in the company of musicians who include Carl Perkins and Buddy Montgomery on piano, Mel Rhyne on Hammond, Monk Montgomery on bass, David Baker on trombone, and David Young on tenor. Those last two players only make a few appearances – as most groups are horn-less, which gives Wes even more solo space – on titles that include "Four", "Between The Devil & The Deep Blue Sea", "It's You Or No One", "Ecaroh", "Sandu", "Whisper Not", "Four On Six", "Mr Walker", "Round Midnight", "West Coast Blues", "Tune Up", "So What", and "The End Of A Love Affair".  © 1996-2021, Dusty Groove, Inc.
(These copies are hand-numbered overruns of the edition – on 180 gram vinyl pressed at RTI!)