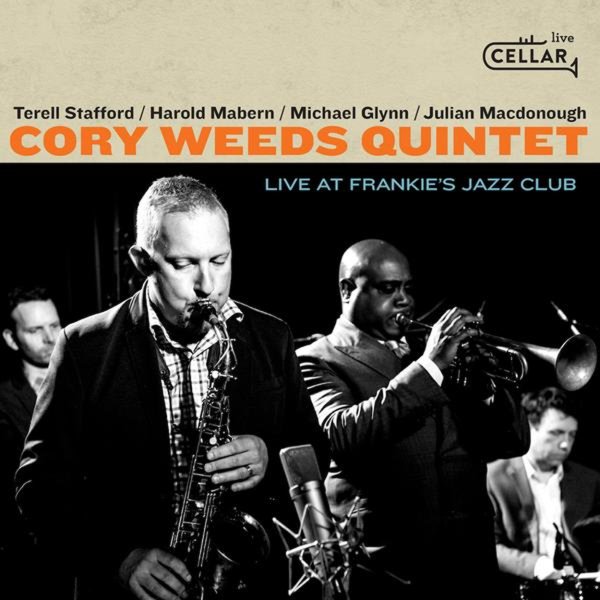 A Cory Weeds album that's really a cut above – given that this live session has the alto saxophonist joined by two great guests – Harold Mabern on piano and Terrell Stafford on trumpet! Both Mabern and Stafford get plenty of space to solo, and their contributions are wonderful – particularly Harold, who's rock-solid approach on the keys brings some of the focused energy he's more likely to use with some of the New York scene he records more regularly with – like Eric Alexander or Jim Rotondi. The rest of the group features Michael Glynn on bass and Julian MacDonough on drums – and titles include some well-chosen numbers from old school Blue Note vintage – including "Mood Malody", "Bluesanova", "Tolypso", "The Three Minors", "Up Tight's Creek", and "Consequence".  © 1996-2021, Dusty Groove, Inc.