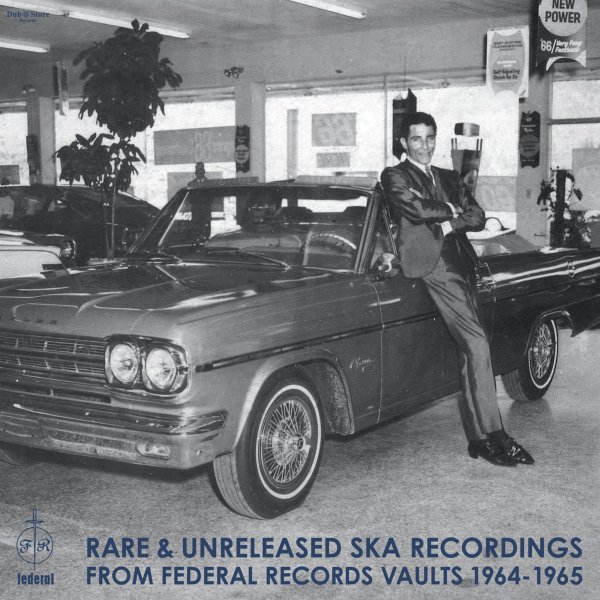 Killer work from a time when the Jamaican music scene was really coming into its own – served up here from the vaults of Federal Records, who were one of the key imprints helping capture the new Kingston sounds of the 60s! Federal already had roots in Jamaican jazz and other styles, which they definitely bring to bear on the recording of these tunes – tracks that are very different than later revival ska, and even some of the late 60s Jamaican hits – and which often have a gritty quality that tie them much more strongly to the earlier styles that led to the music. As the package indicates, all tracks here are rare, and some are unreleased – with titles that include "Blue Ska" by The Cavaliers, "One Ska One Ounce Of Weed One Beer" by Clive Wilson & The Skatalites, "Third Man Theme" by Granville Williams, "What To Do" by Federal Singers, "Come Along With Me" by The Maytals & Don Drummond, "String Of Pearls" by Audley Williams, "I Man" by The Cavaliers, "Coppa" by The Maytals & Don Drummond, "Love Is All I Have" by The Federal Singers, and "Dip Them" by The Cavaliers.  © 1996-2021, Dusty Groove, Inc.

Reverie
Artemis/Espacial (Spain), 1978. New Copy
CD...$16.99
A completely obscure disco session from the New York scene of the 70s, and a great one too – long, well-crafted tracks that clearly draw inspiration from both the work of Salsoul Orchestra and MFSB – and which have a sound that's every bit as great as work from those two famous groups! ... CD