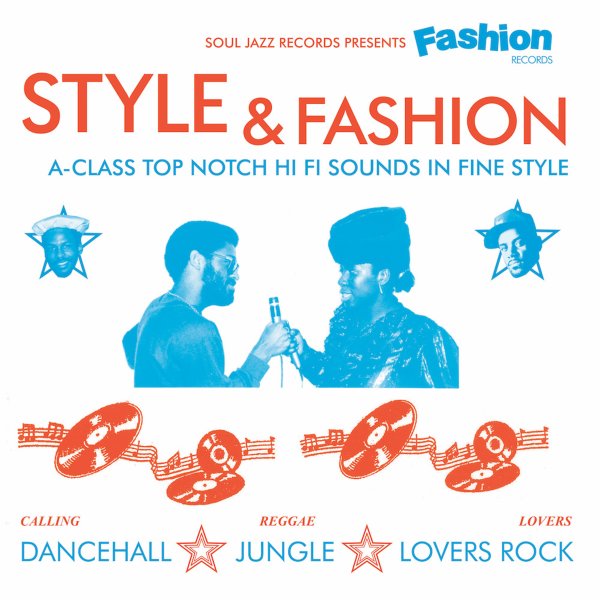 An overdue look at London's Fashion Records label – an important reggae imprint that was to the British scene of the late 20th Century what Trojan was in the 70s! But Fashion also had a quality that did them one better – they recorded and issued work that originated in the UK – documenting a reggae scene that had grown to be as important as Kingston by that time – thanks to trans-Atlantic flows of vinyl, and a fair bit of immigration from the West Indies too! The music here is strongly in the styles that really exploded in London during the stretch – and early digital dancehall material is offset by sharp-edged jungle rhythms, and warmed up by some lover's rock too – but always with a quality that's earthy, and very close to the streets. The label was run out of the basement of the Dub Vendor record store, which gave them a great ear for changes in sound and styles – and they've got a fascinating story that's fully documented here in the notes, in best Soul Jazz fashion. Titles include "Let's Dub It Up" by Dee Sharp, "Dance Pon De Corner" by Papa Face featuring Red Man, "Shot Fe Bust (Marvellous Cain rmx)" by Poison Chang, "Wikkeda" by General Levy & Hard N Pure, "Played By This Ya Sound" by Bunny General, "You're Nicked" by Laurel & Hardy, "Rising To The Top" by Dee Sharp, "To The Bump" by Papa Face & Bionic Rhona, "As You See It" by Cutty Ranks, "Bubble With I" by Asher Senator, "Ruffest Gun Ark (DJ rap mix)" by Top Cat, "DJ Business" by Papa San, "You'll Never Need Somebody" by Janice Walker, "DJ Jamboree" by Papa Face with Keith Douglas, "Heat" by General Levy, and "Sweet Soul Rocking" by Carlton Lewis.  © 1996-2021, Dusty Groove, Inc.