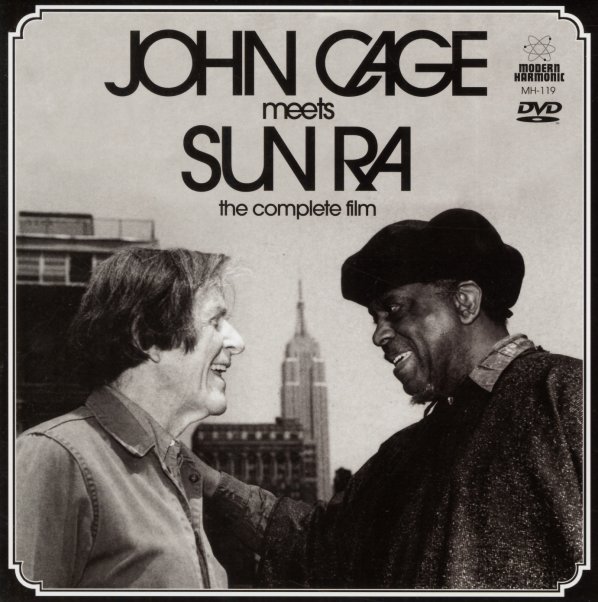 A fantastic package – a 7" sleeve that contains the full film of the meeting between Sun Ra and John Cage – legendary meeting of talents from two different sides of the underground – avant composer Cage and jazz visionary Ra – both performing together at a special one-night event that took place at Coney Island in 1987! The set doesn't really feature Ra jamming with Cage (as if anyone could "jam" with John Cage!) – and instead, both players were on the stage at the same time, but would each step aside to let the other do their thing – Cage would vocalize in these amazing passages that are right up there with the most beautiful vocal work he ever did, alongside some "silent" performances too – and Ra would play keyboard solos that have a beautifully offbeat electric vibe! The package features the full film on DVD for the first time ever – and also includes a bonus 7" single – with the selections "Empty Words & Keyboards" and "Silent Duet 2" – both of them very unusual meetings of the minds.  © 1996-2021, Dusty Groove, Inc.