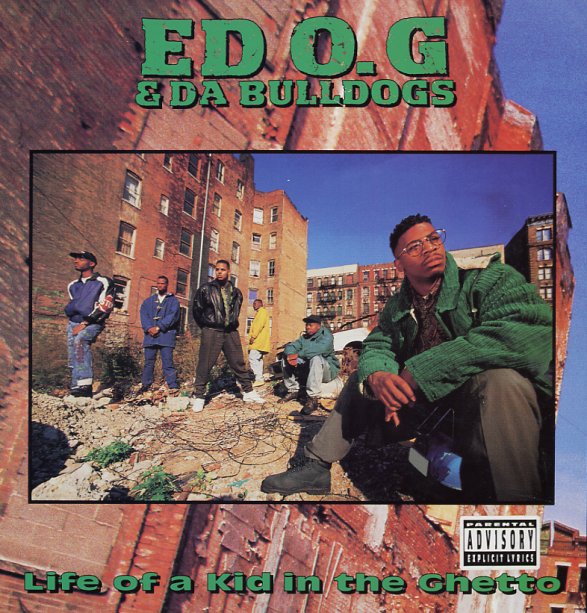 Ed OG's nice debut, with a slightly jazzy touch on the production and literate, intelligent lyrics. We really couldn't get with "Bug A Boo", but besides that, this first LP's solid from start to finish, from the days when that wasn't so uncommon. Drop the needle on this and head back in time to a day when backpacker wasn't necessarily a derogatory term, a beat wasn't a straight loop of a common sample, and rhyme skills included being able to follow the beat, which was typically at least a little bit funky. With the now classic "Be A Father To Your Child", plus standout tracks like "I'm Different", "Speak Upon It", "I Got To Have It" and "Life Of A Kid In The Ghetto". 12 tracks in all, also includes "Gotta Have Money", "Feel Like A Nut", "She Said It Was Great", "Dedicated To The Right Wingers", 'Let ME Tickle Your Fancy" and "Stop (Think For A Moment)".  © 1996-2022, Dusty Groove, Inc.