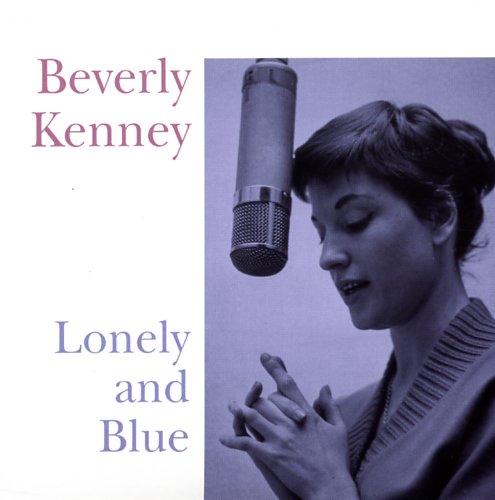 Some of the earliest work ever recorded by vocalist Beverly Kenny – early 50s sides done before her rise to fame on Roost and Decca, and a much-needed addition to her too-short career! The tracks were originally part of transcription discs done for radio stations, and they've got a surprisingly full, professional feel – not like the quieter material showcased on SSJ's other Kenny collection, Snuggled On Your Shoulder – but recorded with jazzy backings from arranger Eddie Safranski! The lineup includes tenor, alto, baritone, and trumpet – plus piano by either Dick Hyman and Moe Wexler, and guitar from Mundell Lowe – all to perfectly set the blue mood that Beverly's going for with her vocals. Many of the tracks here are nicely less familiar, and not overdone standards – and titles include "That Pyramid Jazz", "Long Lean & Lanky", "It's A Mean Old World", "Too Bad", "The Stars The Night The Moon", "Yours Sincerely", and "Let's Try It Again".  © 1996-2022, Dusty Groove, Inc.
(Out of print, includes obi.)

Speak Low – Pinky Winters Sings, Lou Levy Plays (Japanese paper sleeve edition)
Cellar Door/SSJ (Japan), 1983. Used
CD...$19.99
A beautiful collaboration between vocalist Pinky Winters and pianist Lou Levy – the second half of the live date that was partially issued on the album Shadow Of Your Smile – recorded back in 1983, but making its world premiere here! There's a mellow, intimate feel to the record that ... CD