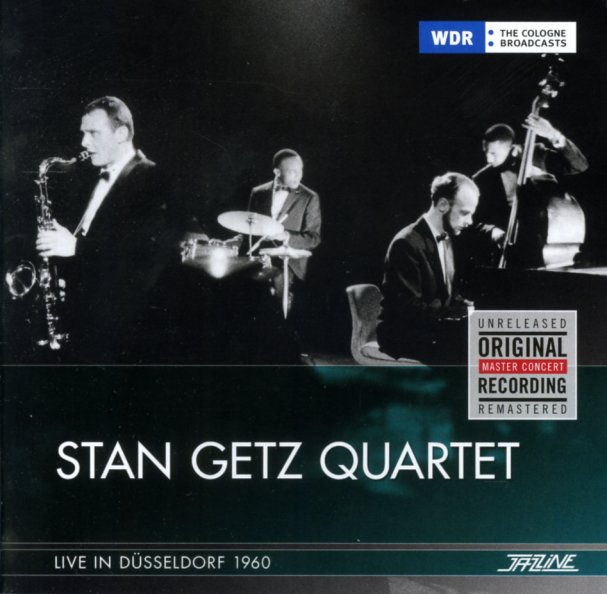 A gem of an unreleased live performance from the mighty Stan Getz – working here in a quartet that ties together his time on both the Swedish and American scenes of the 50s! The group is great – with Jan Johansson on piano, still swinging, but clearly a budding modernist too, especially when he hits his solos – stepping out with superb rhythm from Ray Brown on bass and Ed Thigpen on drums, both players who were becoming very familiar with the European scene at the time! The tunes are all familiar numbers, but really opened up strongly by the solos – and Stan's got that superbly edgey tone he was starting to dip into at the time – right up there with the few other European live dates he recorded in the same year. Titles include "Pernod", "The Thrill Is Gone", "Woody N You", and "Out Of Nowhere" – plus a bonus alternate of "Out Of Nowhere".  © 1996-2020, Dusty Groove, Inc.