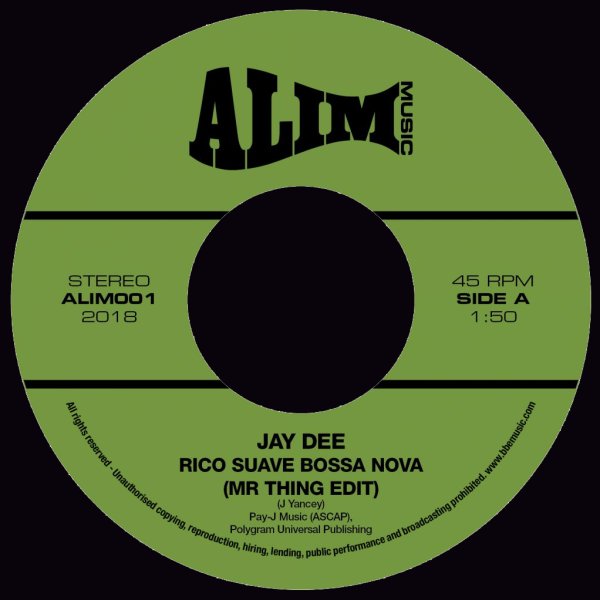 2 sides of classic era Jay Dee circa Welcome 2 Detroit – including a tight Mr. Thing edit! "Rico Suave Bossa Nova" has always been a stunner in the Dilla catalog – as diverse of a beatmaker and producer as he always was, the bossa beat and jazzy piano backdrop on this one stood out then and now. Mr. Thing's edit wisely keeps it in that lively and jazzy wheelhouse while extending it just a bit. "Come Get It" with Elzhi on the mic is straightforward head nodding hip hop, though Dilla's ambitious touches are on full display in the bits of vibe and other chiming atmospherics.  © 1996-2020, Dusty Groove, Inc.