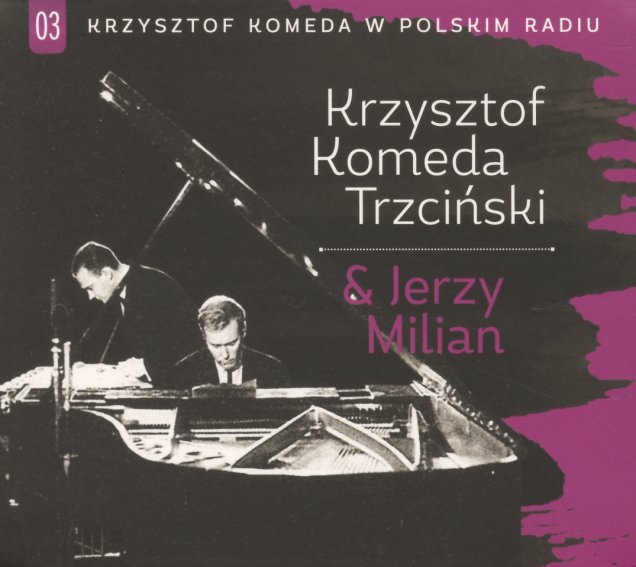 A mighty nice pairing from the early golden age of Polish jazz – a set of radio recordings that bring together the vibes of Jerzy Milian with the amazing piano work of Krzystof Komeda – also known for his big soundtracks in the second half of the 60s! Here, Komeda's a jazz musician with roots in bop, and a great ear for more complicated elements too – a perfect match for the modern vibes of Milian, who's easily one of the greatest European talents on the instrument of his generation – even if his placement behind the Iron Curtain meant that he never fully got his due! Jerzy has a clear inspiration from Milt Jackson, but often works with harder and more chromatic hues that remind us of Teddy Charles, or maybe even the young Walt Dickerson – and the set brings together material from three different sessions – one a quartet date, one a quintet with Wojciech Lechowski on guitar, and the last a sextet with Jan Wroblewski on clarinet and baritone. Titles include "Blues At Twilight", "Walkin", "The Chant", "Soon", "The Lady Is A Tramp", and "Love is Here To Stay".  © 1996-2020, Dusty Groove, Inc.