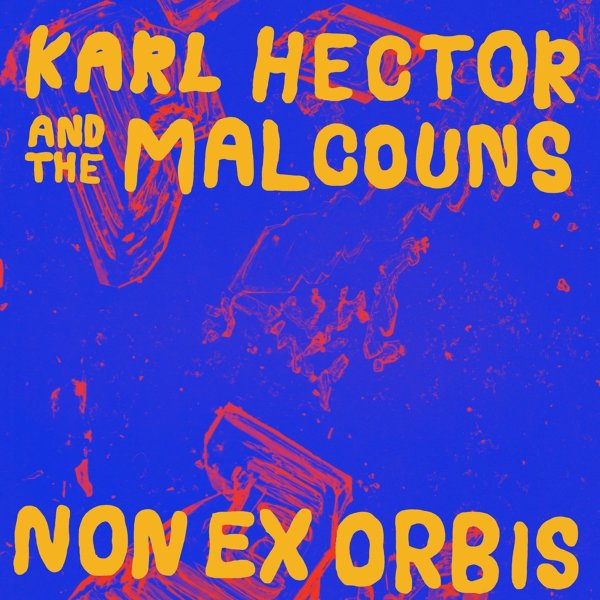 Some of the fullest, freakiest sounds we've ever heard from Karl Hector & The Malcouns – and a set that almost has the contemporary combo resonating with some of the older psych and fuzz that often gets reissued on the Now Again label! JJ Whitefield – of Whitefield Brothers/Poets Of Rhythm fame – is at the helm of the group, and also handles the production – and the whole thing is a deep shift from the sharper, funkier style of his early material – as this record's really awash in fuzz and long, languorous space – drawing elements from older funk, jazz, and global elements, and pushing them all through a mighty cool psych-styled filter. Marja Burchard sings some cool wordless vocals on the record, but most of the focus here is instrumental – with great organ, vibes, moog, and plenty of fuzzy guitar. Titles include "Crawling Through Your Mind", "Hymnins (extended)", "Inhale/Exhale", "Mother Seletta", "Dekagon", and "Asteroid".  © 1996-2021, Dusty Groove, Inc.