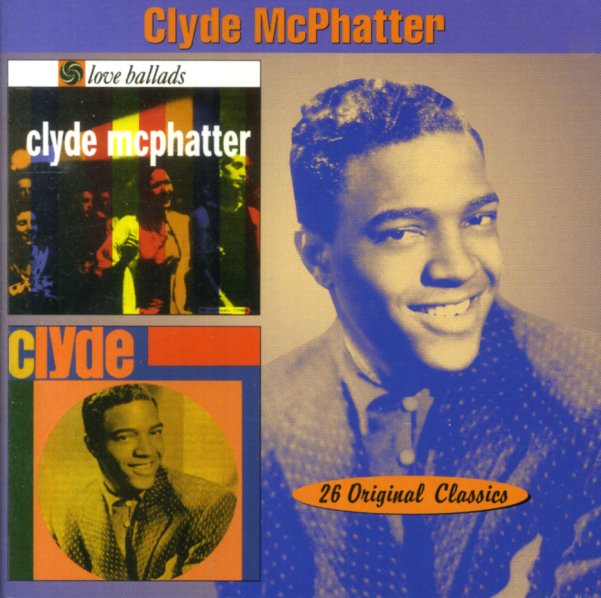 26 tracks from Clyde McPhatter's Atlantic albums Clyde and Love Ballads – a great mix of hard R&B numbers, and some mellower ballads that showcase Clyde's richly emotional style of singing, one that's on a par with his lead vocal work in The Drifters, and recorded here in a very similar mode. Titles on the set include "Bip Bam", "Rock & Cry", "Heartaches", "Come What May", "Lovey Dovey", "Try Try Baby", "The Way I Feel", "My Island Of Dreams", "A Lover's Question", "Gone", "I'm Lonely Tonight", "No Matter What", and "Love Has Joined Us Together".  © 1996-2021, Dusty Groove, Inc.

Love Ballads (with bonus tracks)
Sequel (UK), Late 50s/1996. Used
CD...$6.99
More classic Atlantic R&B, reissued with a great reproduction of a Clyde McPhatter cover, and 4 bonus tracks to boot! Tracks include loads of Clyde's early soulful solo cuts, like "Heartaches", "Come What May", Love Has Joined Us Together", and "Let Me Know". ... CD