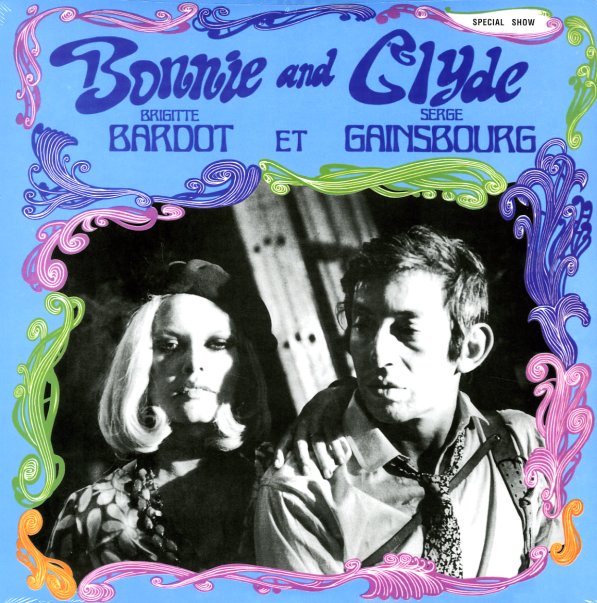 An incredible collaboration between Serge Gainsbourg and Brigitte Bardot – one of Serge's first duet albums ever – and a gem all the way through! In the year before he cut "Je T'aime Moi Non Plus" with Jane Birkin, Serge recorded this great album with Brigitte Bardot in which he worked out many of the same ideas. The album is probably best known for the track "Bonnie & Clyde" – which has been sampled to great fame over the years – but there's loads of other great tracks on here, with a mix of styles that joins Serge's jazzy years with his softcore 70s work – very cool, very groovy, and years ahead of its time. Some tracks are duets, and some are sung individually by Serge or Brigitte, but they're all great, and titles include "Intoxicated Man", "L'eau A La Bouche", "Un Jour Comme Un Autre", "Comic Strip", and more! Arrangements by Alain Gourager, Michel Colombier, and Claude Bolling – and the cover's got a great shot of Serge & BB as Bonnie & Clyde!  © 1996-2021, Dusty Groove, Inc.