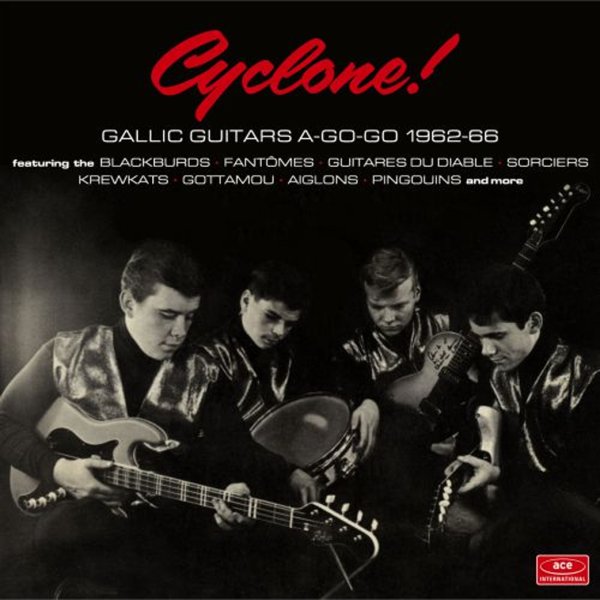 Fantastic 60s guitar instrumentals – all from a very unusual source – given that all the tracks here were recorded in France during the mid 60s, but stand equally alongside the best American groups of the time! It's no secret that France had an early love of rock and roll – and even had some great home-grown singers of their own – but this legacy is much more secret, as we had no idea that there were so many great instrumental groups working at the time – all with a sharpness that easily matches bigger names from points west – like The Ventures, Surfaris, Champs, or Fireballs! The lack of any vocals makes these tracks feel much more like American music than French pop tunes of the time – and maybe with guitars in the lead, the rhythms are also a bit more familiar too – really romping, and a great showcase for all the sweet guitars mixed with organs and other keyboards, and the occasional horn part too. The whole thing's put together with the usual Ace Records charm – very rich notes on all the material, plenty of images, and a huge batch of songs that include "To Venus" by The Four Dreamers, "T Shirt" by Les Champions, "Day Train" by Les Sunlights, "Galaxie" by Les Guitares Du Diable, "SLC Jerk" by Les Lionceux, "Hully Bach" by Les Fantomes, "Psychose" by Les Monegasques, "Sheba" by Les Players, "Stalactite" by Les Aiglons, "Groenland" by Les Pingouins, and "Polaris" by The Krewkats.  © 1996-2020, Dusty Groove, Inc.