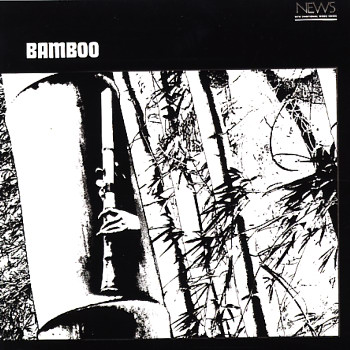 60s jazz meets Japanese bamboo flute – all in a session with a great mix of groovy and exotic touches! The record's a unique meeting of jazz and folkloric elements – done in a style that's a bit like some of the late 60s sessions of this nature on MPS, but a fair bit groovier overall – as the tracks are shorter and more focused, and often have a nice sort of bounce at the bottom. Flute is by Minoru Muraoka, and arrangements are by Takashi Ikeda and Kozaburo Yamaki, conducting their New Dimension and New Emotion groups respectively. Bits of sitar bring in an even groovier sound to the record – and the flute itself has some oddly off-kilter notes that further trip out the tunes. Titles include "Soul Bamboo", "Take Five", "The Positive & The Negative", "Call Me", "Do You Know The Way To San Jose", and "Scarborough Fair".  © 1996-2023, Dusty Groove, Inc.

Session In Paris Vol 1 – Song Of Soil
King/We Want Sounds (UK), 1979. New Copy (reissue)
LP...$32.99 34.99
One of the greatest records ever from Japanese drummer Masahiko Togashi – a rare European session that features the talents of Don Cherry on trumpet and Charlie Haden on bass! The session's one of Cherry's most compelling performances from the time – a really loose and free date that ... LP, Vinyl record album