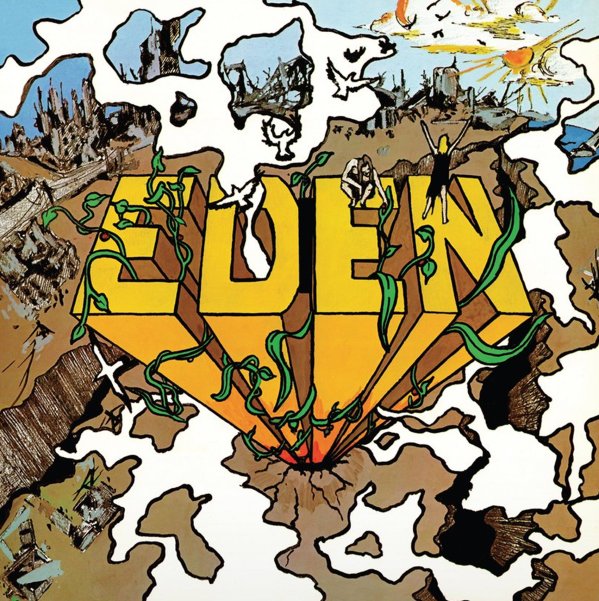 If Adam's Eden was this groovy, he might not have gotten into trouble with Eve, the apple, and all of that other business! This Eden's a French Canadian group from the 70s – and one that's got a wonderfully proggy sound – super-strong drums, long-spinning keyboards, and criss-crossing guitar lines that get occasional vocal support – but which are more than comfortable enough here working on long instrumental passages, of the type that put this record tight next to some of the best Italian prog classics of the 70s. Vocals are by Jean-Bernard Borja, but only feature on a few of the songs – leaving plenty of room for instrumental magic on cuts that include "Intuition", "La Foret", "Allias", "La Ballerine Musclee", "Transe", and a nice take on Faure's "Pavane".  © 1996-2021, Dusty Groove, Inc.
(Individually numbered limited edition of 500!)