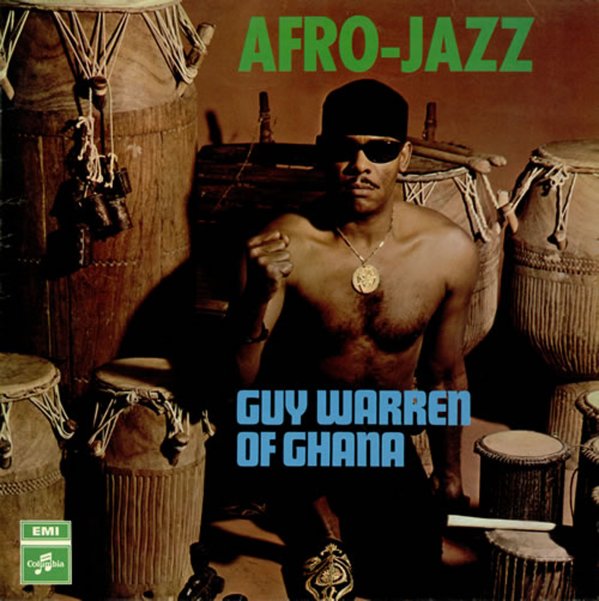 A completely wonderful album from percussionist Guy Warren – a creative musician who made lots of great records over the years – but who maybe never topped himself after this gem from the late 60s UK scene! The set was done as part of the legendary Landsdowne Series for Columbia UK – and features Warren's percussion alongside some key Brit jazz talents – including Don Rendell on tenor and soprano saxes, Ian Carr on trumpet, Amancio D'Silva on guitar, and Michael Garrick on piano! Warren composed and arranged the whole thing, and brings in plenty of percussion too – but the album really gets its depth from the presence of these modern jazz giants – all of whom really shape the sound with wonderful contributions and some very strong solos. Titles include "Burning Bush", "I Love The Silence", "Africa Speaks India Answers", "Ours This Is Our Land", "Yaw Barima", "That Happy Feeling", and "Builsa".  © 1996-2021, Dusty Groove, Inc.
(2nd pressing on yellow vinyl – limited to 500!)