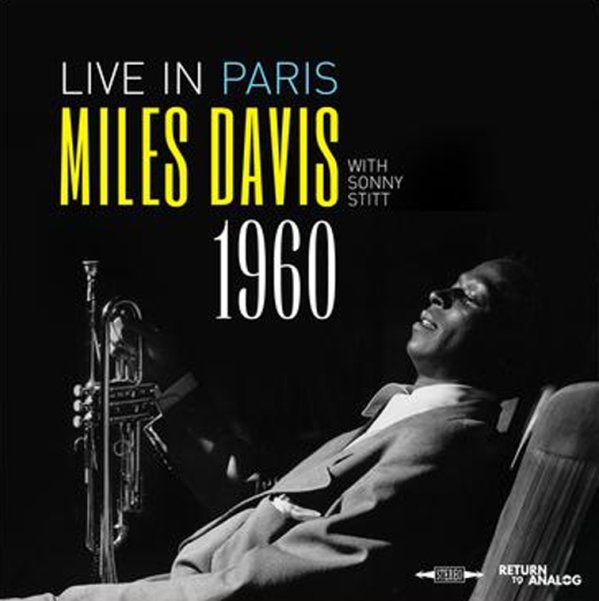 Rare work from a sometimes-overlooked chapter in the career of Miles Davis – a time when Sonny Stitt was briefly filling the tenor sax role that was more famously held by John Coltrane and Wayne Shorter! Stitt in any group is always a treat – and here, working with Miles, he turns in some of his most far-reaching solos of the period – very different than the shorter, more economical work of his studio albums – and even different than some of his longer-form material on Prestige to come! Stitt really rises to meet Miles in spirit – maybe in part because of the rest of the group features the famous rhythm trio of Wynton Kelly on piano, Paul Chambers on bass, and Jimmy Cobb on drums – moving hard and with a great sense of modal energy, on titles that include "Four", "All Of You", "No Blues", "Two Bass Hit", "Walkin", "Autumn Leaves", "So What", "If I Were A Bell", and "Round Midnight".  © 1996-2021, Dusty Groove, Inc.
(2nd pressing – on limited clear vinyl, individually numbered edition of 1000 copies!)