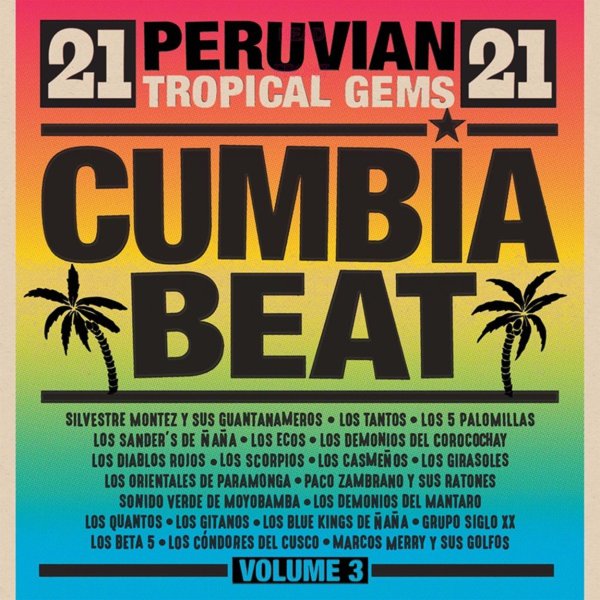 A smoking third volume in this mighty look at the Peruvian cumbia scene of the 70s – music that often shares the same blend of guitar, percussion, and keyboards that makes some of the chica grooves from that time so great! The music here maybe owes a bit more to Latin sounds from up north, but the overall execution is very strongly in the modes put forth by Peruvian labels and producers at the time – often with great use of echo, especially in the guitar lines and keyboards – which make things sound very different than anything coming from Colombia or New York at the time! Yet there's also plenty of salsa elements at play here, too – the kind of percussive interplay that might be driving a Cuban or Puerto Rican combo – but nicely different in this setting too. Titles include "Chola Ingrata" by Los Ecos, "Manzana Verde" by Los Tantos, "El Saltamontes" by Silvestre Montez Y Sus Guantanameros, "La Manzanita" by Los Gitanos, "Descarga Oriental" by Los Orientales De Paramonga, "Larga Espera" by Los Sanders De Nana, "Lamento Moyobambino" by Sonido Verde De Moyobamba, and "La Narajadita" by Grupo Siglo XX.  © 1996-2023, Dusty Groove, Inc.

Hare Rama Hare Krishna
Far Eastern Sunshine (Germany), 1971. New Copy
CD...$3.99 16.99
The mighty RD Burman is at the height of his powers here – crafting a Bollywood soundtrack that has an even moodier, groovier feel than usual – with some currents that even link the music towards some European film score styles of the time! Tracks are shortish, and definitely have the ... CD