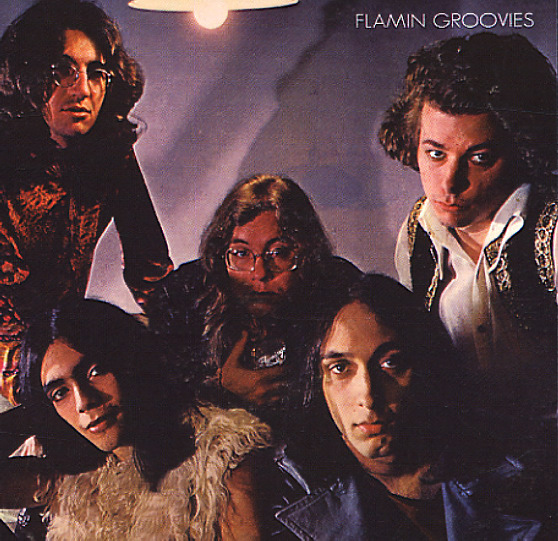 One of the finest moments ever from The Flamin Groovies – a set that's awash in 50s rock and roll influences, yet filtered through the heady late 60s San Francisco scene – making for a mix that's completely compelling throughout, and unlike anything else we can think of! The Groovies might initially seem like retro-rockers, yet they've got this sharp edge that makes their music more of a commentary on rock and roll, and its roots as well – uttered beautifully at a time when so many others were falling into excess, but also done without any of the "roots" cliches that others were embracing in a much clunkier way! It's hard to sum up adequately, but the record's almost a leap forward from Gene Vincent over 60s psyche – but on its way to the rough edges embraced by the UK punk scene in years to come – kind of that odd space that the Modern Lovers hit with their Kim Fowley recordings, but much more rocking overall. Most numbers are originals from vocalist Roy Loney – and titles include "Comin After Me", "Headin For The Texas Border", "Second Cousin", "Childhood's End", "Jailbait", and "She's Falling Apart".  © 1996-2021, Dusty Groove, Inc.
(Limited RSD Vinyl Club pressing – on opaque bright pink colored vinyl!)