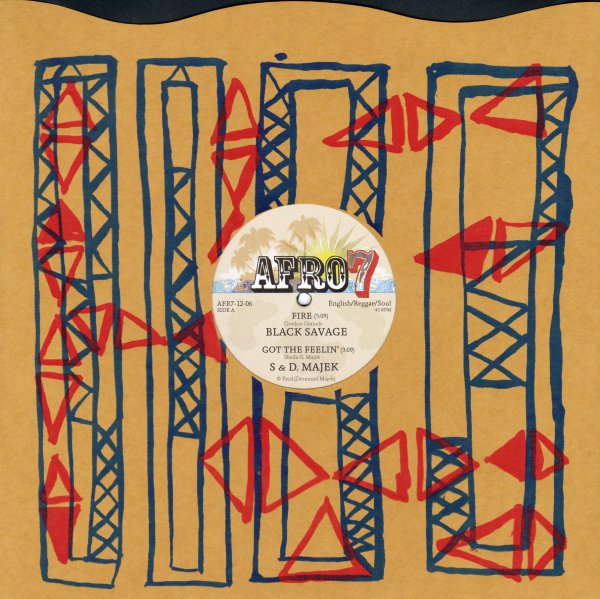 A set of rare tracks from the vaults of CBS Records in Kenya – tunes that really show a nicely complex approach to the groove! Black Fire kick things off with "Fire" – a tune that's got a reggae vibe, but a sound that's quite different than the style of Kingston! The cut's followed by "Got The Feelin" by S&D Majek, which bounces and bubbles along with a bassline that might have made Cymande proud – but with a very different vibe overall! Ovid handles the two tracks on the flipside – "Operator", which is more in the Kenyan reggae mode – and "Karibun", which has more of an upbeat clubby groove!  © 1996-2021, Dusty Groove, Inc.
(Limited to 500 copies – with download!)