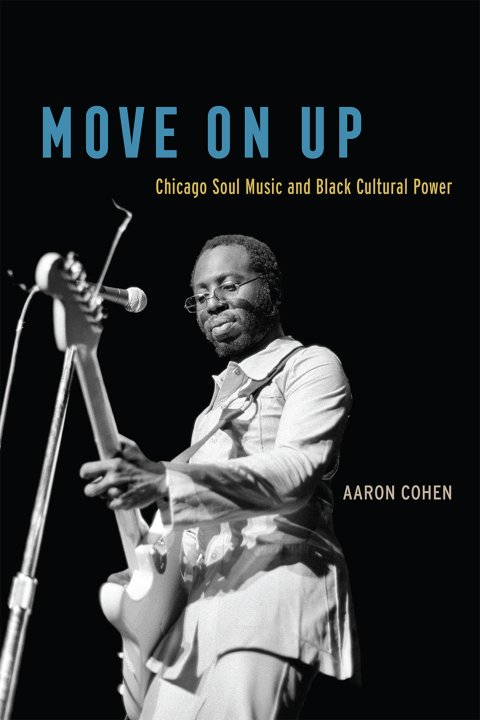 A tremendous achievement from music writer Aaron Cohen – a book that finally gets at the deeper, richer story of Chicago soul – the spirit of empowerment and pride that have always made us so honored to be part of the Windy City legacy! Cohen picks up where other soul writers have left off on Chicago – really looking at the shifts into the 70s, which included greater ties to the means of production, and an increased role in the social agenda as well – all part of an evolution in songwriting styles, production techniques, and the growing power of the full length album over the 7" single! Cohen looks at many key figures of the time – Earth Wind & Fire, Chaka Khan & Rufus, Curtis Mayfield, Phil Cohran & The Artistic Heritage Ensemble – and the very well-researched book is a delight to read throughout – easily the deepest work that Cohen's ever given us. 234 pages, softcover, with some black and white images – and a selected discography too.  © 1996-2023, Dusty Groove, Inc.

Mandorla Letters – For The Hopeful (hardcover)
University Of Minnesota Press, 2022. New Copy
Book...$22.99 29.99
An incredible book from Nicole Mitchell – an artist that most know for her work as a jazz musician on flute, and a range of other musical projects – yet one who's developed into a cultural force far beyond music, as you'll see in this really groundbreaking literary project! The book ... Book

Pick Up The Pieces – Excursions In 70s Music (hardcover)
University Of Chicago, 2019. New Copy
Book...$25.99 30.00
Writer John Corbett has given us words on a huge variety of musical styles over the years – a fair bit of them left field and avant – but this time around, he's tackling the full range of 70s rock, pop, and soul music – in a huge book that's unlike anything he's ever written ... Book