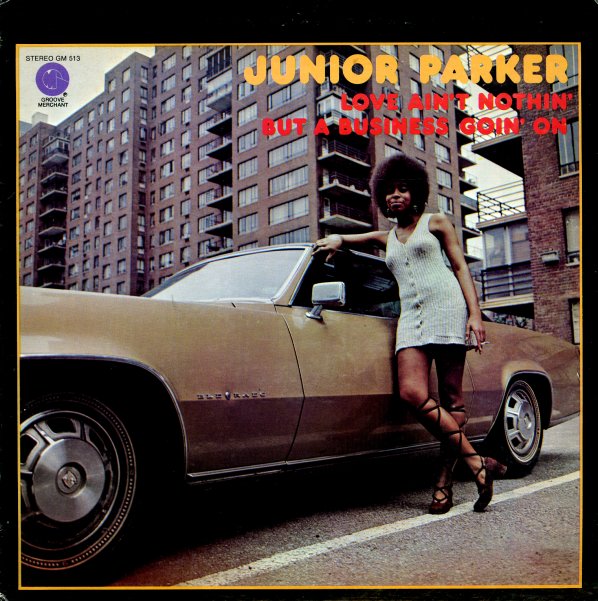 One of the funkiest albums ever from Junior Parker – a great little set that shows he had a lot more to offer than just the average bluesman! The album's got a nice little soul sound in the backings – tight rhythms from Horace Ott, who nicely avoids a lot of the cliches that the blues business was hitting at the time – in order to keep Junior in hip territory that's filled with breaking drums and heavy basslines! There's a few key crossover tracks here, plus some surprisingly sweeter numbers – and the album's a gem through and through – well-appreciated by new generations over the years, thanks to its diversity of tracks! Titles include a great break version of "Taxman" – plus two more Beatles numbers, "Tomorrow Never Knows" and "Lady Madonna" – and the tracks "Outside Man", "Darling Depend On Me", "You Know I Love You", "River's Invitation", and "Just To Hold My Hand".  © 1996-2021, Dusty Groove, Inc.
(Part of the Groove Merchant Mo Groovy Collection!)