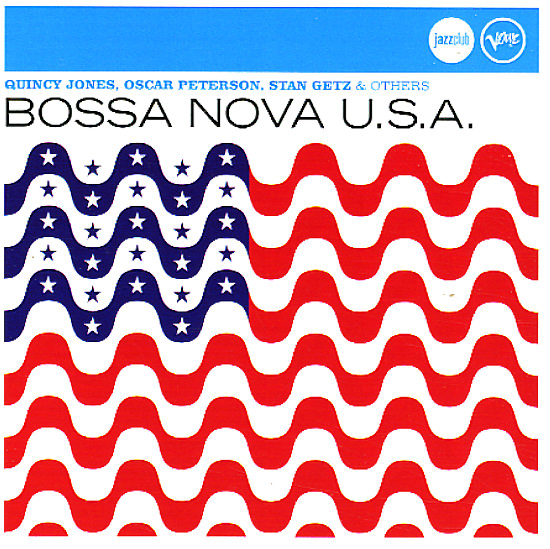 The American take on the sound of bossa nova – a mode that started almost as soon as the first sounds headed north from Rio, and which grew to become a very important contribution to the music in the 60s! We love the originals by Antonio Carlos Jobim, Luis Bonfa, Joao Gilberto, and others – but we also totally dig these American reinterpretations by musicians on Verve, Fantasy, and other hip labels of the 60s – players who really got into the sound of Brazilian rhythms, and used the new groove to unlock some great power in their own solo playing as well! The package mostly features 60s recordings, with a few gems from later years – and titles include "Temanco No Samba" by Cal Tjader, "Samba De Orfeu" by Bob Brookmeyer, "O Morro" by Wes Montgemery, "Samba With Some Barbecue" by Paul Desmond, "Desafinado" by Charlie Byrd, "Um Abraco No Bonfa" by Coleman Hawkins, "Jazz Bossa Nova" by Milt Jackson, "Nana" by Kenny Burrell, "O Grande Amor" by Stan Getz, and "Mas Que Nada" by Hank Jones & Oliver Nelson.  © 1996-2021, Dusty Groove, Inc.
(Out of print.)