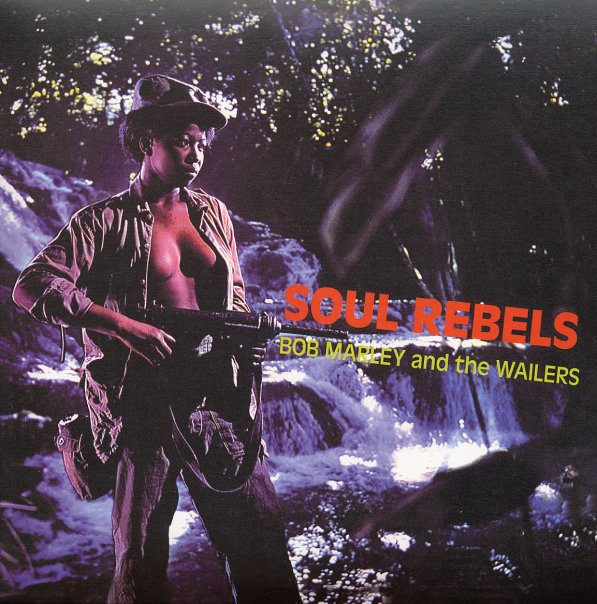 A record that's got maybe the cheesiest cover of any album by Bob Marley – and a set that's a bit notorious, too – as producer Lee Perry never shared money with the Wailers for the first few years of release! Still, the package is a key part of the Bob Marley story – especially in the years before greater fame on the Island label – as the early Trojan Records release brought together a host of key sides recorded by the group that included Bob and Peter Tosh – all produced by a young Lee Perry with some nicely dark currents in the rhythms that are perfectly balanced by Marley's lead and the harmonies of the trio. The cuts were recorded at Randy's, and titles include "Soul Rebel", "Try Me", "It's Alright", "No Sympathy", "My Cup", "Soul Almighty", "Rebel's Hop", "Corner Stone", "Four Hundred Years", "No Water", "Reaction", and "My Sympathy".  © 1996-2021, Dusty Groove, Inc.