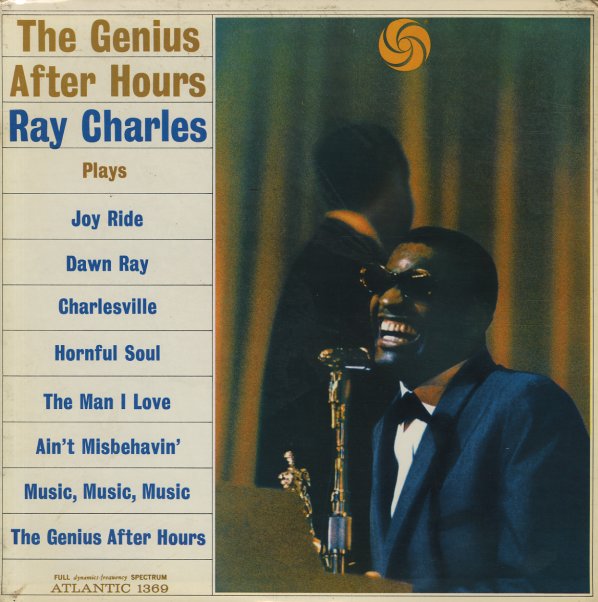 A later Atlantic Records set from Ray Charles – a record that does a lot more to show off the jazz side of his talents than some of his earlier work! Ray plays piano, and works in a few different small combos – with players who include Joseph Bridgewater and John Hunt on trumpets, David Fathead Newman on alto and tenor, Emmott Dennis on baritone, and Oscar Pettiford on bass. The record features some nice originals – like "Genius After Hours", "Hornful Soul", "Joy Ride", "Dawn Ray", and "Charlesville" – all showing a different side of Ray's talents than you'd know from his singles!  © 1996-2021, Dusty Groove, Inc.
(Record Store Crawl Exclusive pressing, limited to brick & mortar stores. Just 500 copies!)