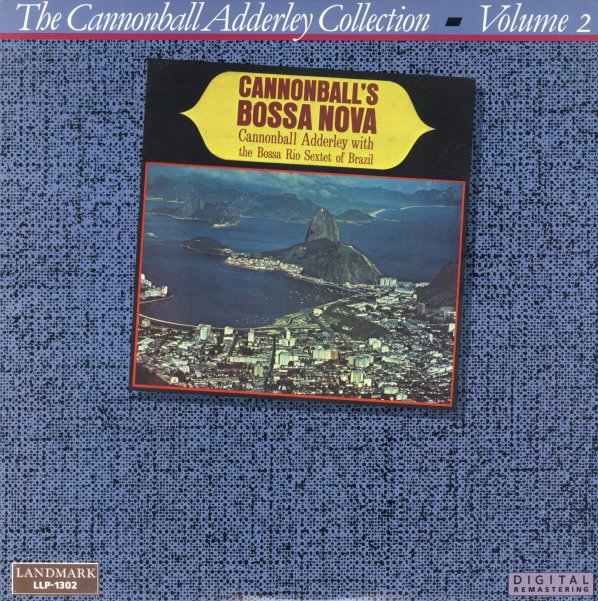 Bossa madness! Cannonball Adderley recorded this nice little groover in 1962, when American musicans were just getting on the bossa tip, and still keeping things pretty authentic. The record was cut in New York with Sergio Mendes' early Bossa Rio group – the legendary Brazilian jazz ensemble that featured Paulo Moura, Dom Um Romao, and Durval Ferreira. The mixture of tight bossa rhythms and Cannon's soulful sax is totally great – and it's only because the Riverside label was folding at the time that the record never got bigger fame. Includes the cuts "Joyce's Samba", "Clouds", "Minha Saudade", "Corcovado", "Batida Diferentes", and "Sambops".  © 1996-2020, Dusty Groove, Inc.
(80s Landmark pressing. Cover has an index label with clear tape on the spine.)

Epistrophy
Landmark, 1988. Near Mint-
LP...$14.99
A great little later set from Charlie Rouse – recorded for the Landmark label, and done in a real "back to basics" style! The format is modern, Monkish hardbop – a full set of Thelonious originals, performed lovingly by Rouse, Monk's most important sideman of the 60s. The ... LP, Vinyl record album

Freedom Rider
Blue Note, 1961. Good
LP...$24.99
A bold statement of power from one of the most legendary versions of the Jazz Messengers – that incredible quintet that featured Lee Morgan on trumpet, Wayne Shorter on tenor, and Bobby Timmons on piano! The title's an indication of the righteous territory in which the group is working ... LP, Vinyl record album