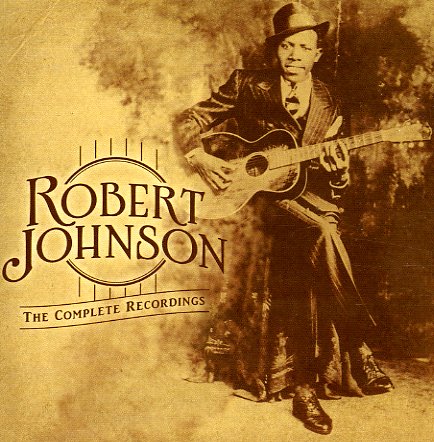 An updated and superior version of the great Robert Johnson – The Complete Recordings, first issued as a 2CD set in the early 90s – featuring The San Antonio Recordings on disc one and the Dallas Recordings on disc two – eaching with alternate versions of many numbers. The alternate versions on each disc come are programmed at the end, giving it a better flow. 42 tracks on 3LPs: "Kind Hearted Woman Blues", "Tarraplane Blues", "If I Had Posession Over Judgement Day", "Stones In My Passway", "Last Fair Deal Gone Down", "Hell Hound On My Trail", "Milkcow's Calf Blues" and many more.  © 1996-2020, Dusty Groove, Inc.
(EU pressing, limited edition #002662.)