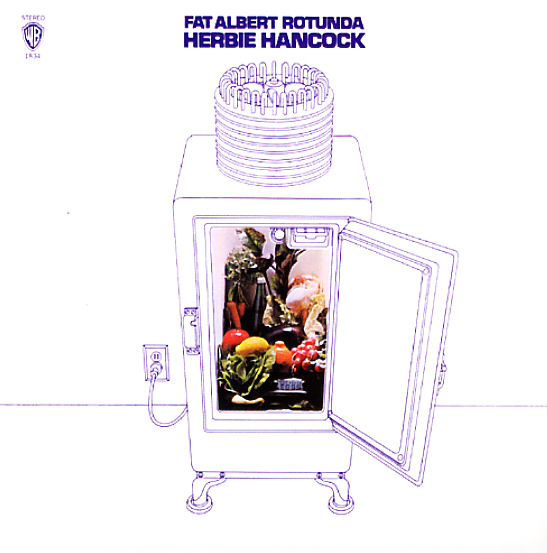 The start of funky funky Herbie Hancock! This album's the first to feature Herbie really breaking away from his straight jazz work – moving into a groove that's nice and funky, using electric piano along with acoustic, to forge the sound that he'd develop famously over the 70s. The album's got a harder, heavier sound than some of his straight electric ones – and it features a larger group with soloists that include Johnny Coles on trumpet and Joe Henderson on tenor – plus some sweet basslines from Buster Williams – all led by Herbie into a tight soul jazz flurry of excellent tracks! Includes the cuts "Fat Mama" and "Wiggle Waggle", both sample favorites, plus "Tell Me A Bedtime Story" and "Lil Brother". Classic stuff, and one of his best records ever!  © 1996-2021, Dusty Groove, Inc.