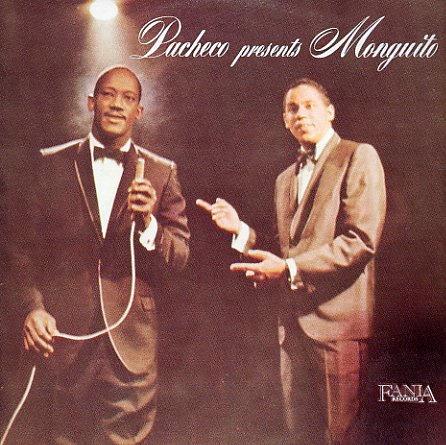 The debut album of Monguito Quian – not to be confused with Monguito Santamaria – who was also recording for Fania around the time, and who was also a Cuban singer recording in New York in the early 70s. This Monguito's more of a straight ahead Latin singer – presented here by Johnny Pacheco in a set of traditional-styled numbers that have a very solid feel. Monguito's a heck of a vocalist who was already well known in Cuba by the time of this set, and the album's got a very versatile sound overall. Titles include "La Pelotera", "Los Tres Juanes", "Junto Al Canaveral", "Esto Si Se Llama Querer", and "Me Voy Contigo".  © 1996-2020, Dusty Groove, Inc.
(Gold label pressing! Cover has splitting.)