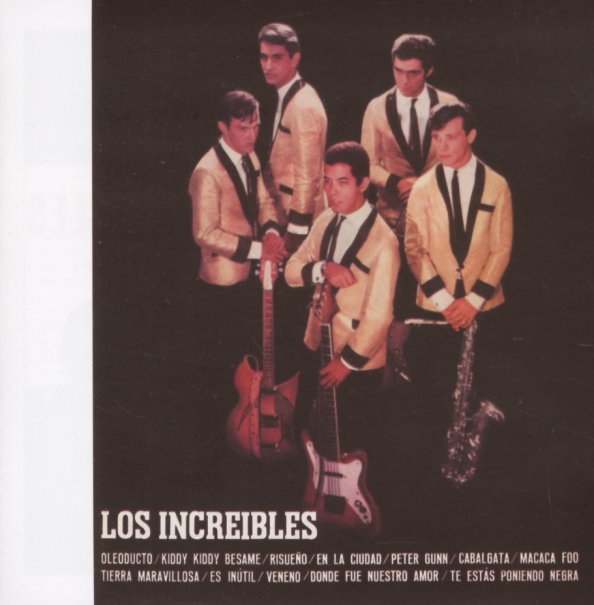 A rare Mexican album from this very cool Brazilian group of the 60s – one of the sharpest guitar-based combos of the pre-Tropicalia years, stepping out in a guitar-heavy blend of vocal and instrumental tunes! The instrumentals are maybe the best – as they've got lots of really fantastic interplay and fresh techniques on the strings – often recorded with a bit of echo that really expands the electric sound – and occasionally given a nice kick by a tenor sax solo, or some weird use of effects! Titles include "Peter Gunn", "Veneno", "Cabalgata", "Macaca Foo", "Tierra Maravilloda", "Es Inutil", "El La Cuidad", and "Oleducto".  © 1996-2020, Dusty Groove, Inc.