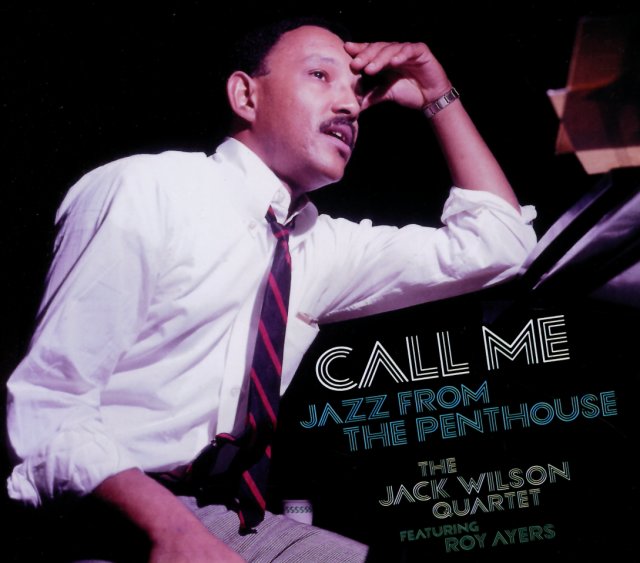 Fantastic work from one of our favorite jazz duos of all time – pianist Jack Wilson and the young vibes genius Roy Ayers – working here back before his soul/funk fame of the 70s, in a completely different style! Ayers and Wilson only made a handful of records together back in the day – including important dates for Atlantic and Blue Note – and this set of unreleased live material from 1966 provides a much-needed addition to their short catalog of sides together – sublime modal jazz that we'd put right up there with anything else they ever did! Wilson is already a hell of a pianist on his own – one of the unsung greats of his generation, with a fantastic sense of flow and this mixture of lyricism and soulfulness that leads to all these very vivid moments and tonal explosions. Add Ayers to the mix, and you've really got something special – a vibes/piano pairing that sounds like nobody else – and which shows that even back before he worked with Herbie Mann, Roy was a tremendously unique player, destined for greatness. The group has a rock-solid rhythm duo – Buddy Woodson on bass and Von Barlow on drums – and titles include "Serenata", "Harbor Freeway 5pm", "Here's That Rainy Day", "CFD", "Pensativa", "Stolen Moments", "Nirvana", and "Call Me".  © 1996-2022, Dusty Groove, Inc.

Funky Way Of Emil Viklicky
Vampi Soul (Spain), Late 70s/1980s. New Copy
CD...$5.99 16.99
A decade's worth of grooves from keyboardist Emil Viklicky – one of the funkiest cats working behind the Iron Curtain during the 70s! Viklicky plays a variety of keyboards, and even a bit of vibes too – working with fusion combos Energit and SHQ – but also jamming strongly as a ... CD

Quinteplus/En Vivo
Vampi Soul (Spain), 1972. New Copy
CD...$5.99 16.99
Sweet funky jazz with some really wonderful keyboards – a double-length set that brings together two rare albums from Argentine combo Quinteplus! The group here clearly have a love of the Cannonball Adderley style of soul jazz – particularly that Cannon groove as the 60s wore into the ... CD