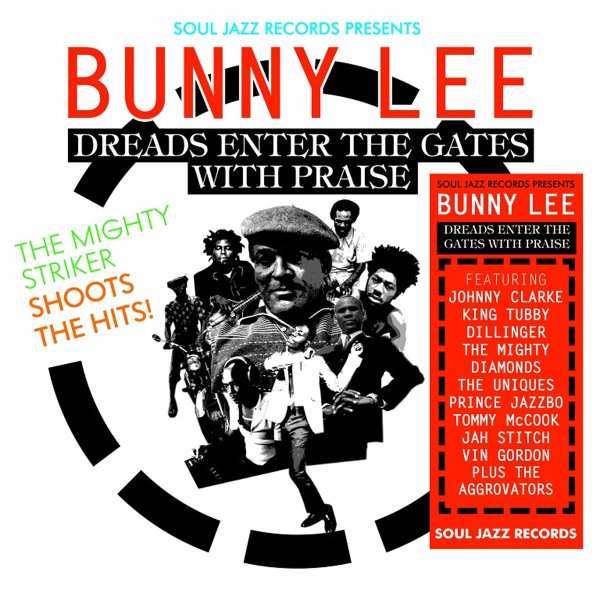 A fantastic tribute to the studio genius of Bunny Lee – and a set that's filled with the kind of tracks that may well knock Lee Scratch Perry right out of the spotlight! Bunny already had a long and varied career in Jamaican music by the time of these tracks – hustling things up right from a grass roots level, then rising to prominence as a producer with a huge amount of inventive new techniques – including the flying cymbal rhythm sound, which was a great balance to some of the deeper, murkier elements in his grooves! These cuts are from a time when Bunny was working together with a host of fantastic singers, many of whom were inspired by the new more righteous modes that were coming into play at the time – opening up with deeper messages, and equally deep performances – in an array of tracks here that still have a tremendous amount of power, even after the space of decades – thanks in part to superb backings by The Aggrovators. The choice of tracks is wonderful, and the whole thing's put together with the usual stellar handling by Soul Jazz – with titles that include "Enter Into His Gates With Praise" by Johnny Clarke, "So Jah Se Dub" by The Aggrovators, "Magnum Force" by Vin Gordon & The Aggrovators, "Real Born African" by Jah Stitch, "King Tubby Dub" by King Tubby meets Tommy McCook & The Aggrovators, "Check Sister Jane" by Dillinger, "The Wormer" by Prince Jazzbo, "You Don't Care For Me" by The Uniques, "Natty Dread Have Ambition" by Shorty The President, "A Land Far Away" by Gene Rondo, "You Should Be Thankful" by Mighty Diamonds, "Marvelous Rocker" by Winston Wright, and "Principle & Dignity" by Jah Youth.  © 1996-2021, Dusty Groove, Inc.