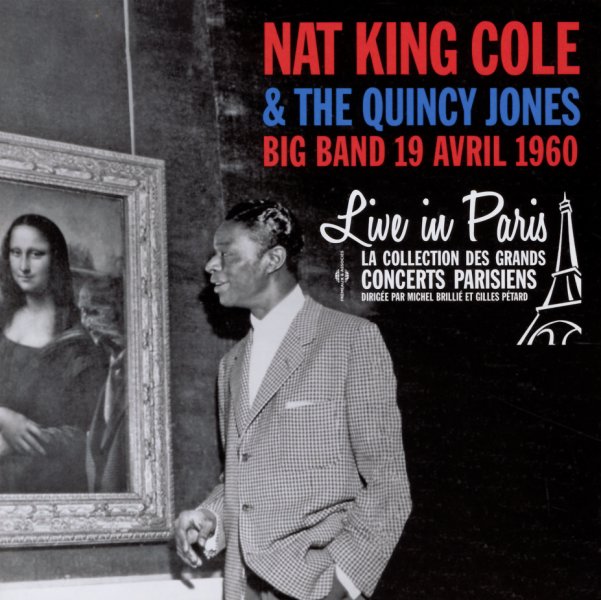 A dream of a collaboration – the great Nat King Cole in his prime, getting some mighty hip backings from the equally great Quincy Jones – who gives Nat a jazzy push that he wasn't always getting on his Capitol Records sessions of the time! The performance was recorded live in Paris on the same 1960 tour that has given us a few other rare Cole/Jones collaborations – but this one may well be the best of the bunch, as the fidelity is great – with an equal balance on Nat's wonderful vocal phrasing, and all the strongly soulful elements that Quincy brings to the band. Titles include "Tickle Toe", "Lester Leaps In", "Dance Ballerina Dance", "The Continental", "Darling Je Vous Aime Beaucoup", "Route 66", "It's Only A Paper Moon", "Joe Turner's Blues", "Welcome To The Club", "Blues In The Night", and "Thou Swell".  © 1996-2022, Dusty Groove, Inc.