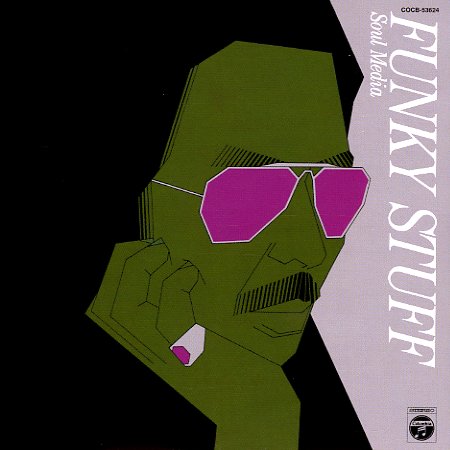 Funky fusion from 70s Japan – a really great set that's heavy both on Fender Rhodes, and on a range of choppy reed lines on tenor, soprano sax, and flute! The set's got a warm glow that's perfect for the CTI generation – with an equally apt sense of space, one that keeps the record from veering into any overdone fusion cliches, and which instead helps the group stay in just the right territory to bring out all the best soul in their music. There's a funky feel on most cuts, but even the mellow numbers have a hell of a lot of soul too – thanks partly to the keyboards, and even more to a brilliant execution of the whole set. Titles include "Funky Stuff", "Scratch", "Breeze", "Painted Paradise", "Funky Motion", "Gentle Wave", and "Four Up".  © 1996-2022, Dusty Groove, Inc.
(Part of the Deep Jazz Reality Project Re:Vinyl series! Great Japanese pressing – heavy cover, great vinyl, and obi!)