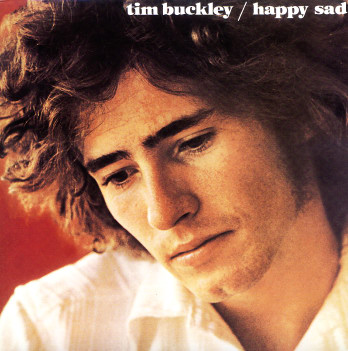 One of Tim Buckley's greatest albums ever – thanks to some incredible work by Dave Friedman on vibes! Friedman's sound really brings out the jazziness in Buckley's writing and phrasing – making for a beautiful blend with the album's 12 string guitar work and acoustic percussion – and giving the album a feel that's unlike any other from the time! Tim's in top form here, and is neither too emotional nor too full of himself. Nearly every cut's a gem, but our faves are "Strange Feelin" "Gypsy Woman", and "Love from Room 109 at the Islander".  © 1996-2021, Dusty Groove, Inc.
(Stereo red label "big E" pressing. Cover has light wear.)

Playing Possum
Elektra, 1975. Near Mint-
LP...$4.99
Produced by Richard Perry – with titles that include "Look Me In The Eyes", "Altitude Dancing", "Sons Of Summer", "Waterfall", "Are You Ticklish", "Love Out In The Street", and "After The Storm". LP, Vinyl record album