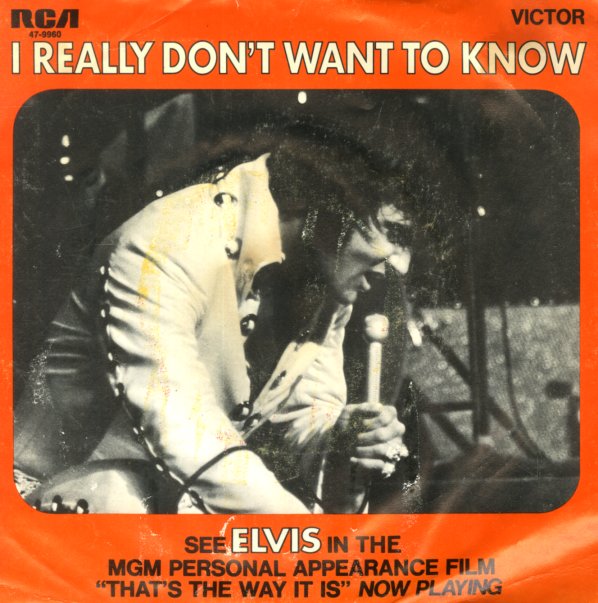 I Really Don't Want To Know/There Goes My Everything