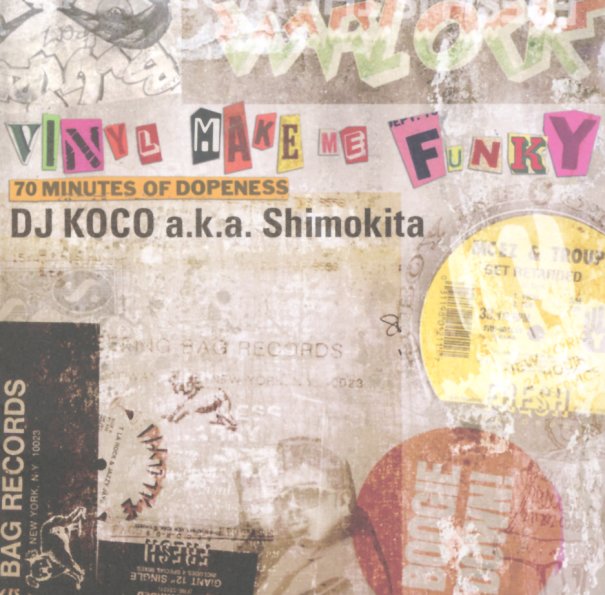 A very cool trip through the world of 80s hip hop – particularly the hippest tracks from labels that include Fresh, Sleeping Bag, Warlock, B-Boy, and Idlers Records – all laid out here in a non-stop mix that's almost 70 minutes long! The package pulls together classics from the mid 80s east coast scene, plus some lesser-known album cuts too – and DJ Koko has a great way of keeping things focused on the core of most tunes, while also really making the records leap from the decks throughout the mix. 38 tracks in all – including "Tall Dark & Handsome" by Tall Dark & Handsome, "B Boy Document" by Krown Rulers, "Strong Island (blue mix)" by JVC Force, "You Can't Break B Boys" by Baby Doll, "Bridge Is Over" by Boogie Down Productions, "Going Way Back" by Just Ice, "Let's Jam (inst)" by DJ Mate & The Latin MCs, "It's Yours" by T La Rock & Jazzy Jay, "Can't Get Enough" by Soul Dimension, "The Bronx Is Back" by Tall Dark & Handsome, "Back To The Beat" by Todd Terry, "Free Flow" by Just Ice, "Hardcore Hip Hop" by Mantronix, "Get Retarded" by MC EZ & Troup, and "Soul Food" by Tuff Crew.  © 1996-2021, Dusty Groove, Inc.