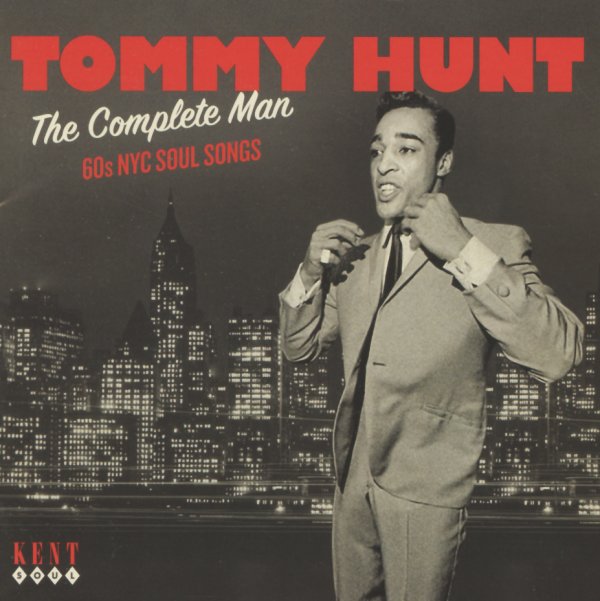 A fantastic selection of work from the great Tommy Hunt – a male singer who cut some incredible work in the 60s, but never fully got his due! Ace/Kent Records already helped bring Tommy's genius to the forefront with a previous collection – and this second set brings together even more rare, obscure tracks recorded for the Scepter and Dynamo labels – including unissued material – plus rare early singles for Atlantic and Capitol Records too – a wealth of work that will come as a fresh discovery to even big fans of Tommy's music! If you don't know Hunt at all, he's totally fantastic – part of a new wave of mature male soul singers in the 60s who could hit the depths of emotion, while also holding things together – work that's very much in the best spirit of Jerry Butler or Chuck Jackson at the time – but often has a bit more punch, too – and the impeccable New York presentation you might expect from the album's title. The set features 25 tracks in all – and titles include "The Complete Man", "What's The Matter Baby", "I Don't Want To Lose You", "Hold On", "The Clown", "I'll Make You Happy", "Lonely For You", "The Pretty Part Of You", "Never Love A Robin", "I Believe", "Who You Gonna Thrill Tonight", "One Of These Days", "Human", "And I Never Knew", "Born Free", "Son My Son", "The Door Is Open", "Girls Are Sentimental", "I Need A Woman Of My Own", "Searching For My Baby", and "You're So Fine".  © 1996-2022, Dusty Groove, Inc.