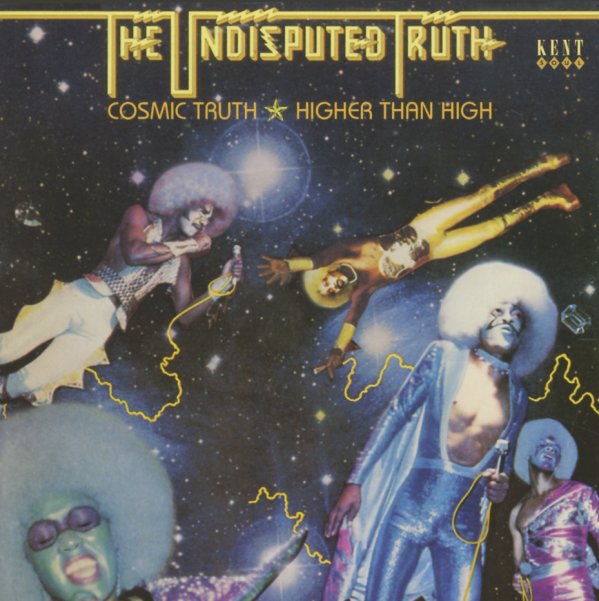 A pair of late Motown albums from Undisputed Truth – both issued here back to back, as they originally appeared for the label! First up is Cosmic Truth – a fantastic 70s album from Undisputed Truth – and the first to fully feature the new version of the lineup, after the Magictones had been recruited to form the second version of the group! The sound here is even funkier and more guitar-based than before – a fully-realized take on the Norman Whitfield modes that had been brewing up since his late 60s work with The Temptations – almost as tripped-out at times as early 70s Funkadelic – as if Undisputed Truth were being put forth as a Detroit challenge to the George Clinton universe! Production and arrangements are great – very far-reaching at times, with some bigger ideas in the mix – although all the tight funky soul elements that always made these guys so great. Titles include "1990", "Squeeze Me Tease Me", "Earthquake Snake", "Spaced Out", "Lil Red Ridin Hood", "Got To Get Me Some Lovin", and the great cut "UFO's". Higher Than High is a great later Motown effort from the Undisputed Truth – working in a groove that's a bit tighter and more upbeat than before, but still plenty darn great! Norman Whitfield is still very firmly in charge of the group's sound on the record – arranging, producing, and writing most of the cuts on the album – and he's doing a great job of keeping his sound fresh here – not just sticking in the bass-heavy styles of previous years, and instead moving into some fresher territory that has the group continuing to grow nicely. In a way, the whole thing's almost a precursor for the grooves to come on Norman's own Whitfield label – a great batch of well-crafted titles that include "Overload", "Higher Than High", "Poontang", "I Saw YOu When You Met Her", "Help Yourself (second version)", "I'm In The Red Zone", "Boogie Bump Boogie", and "Ma".  © 1996-2022, Dusty Groove, Inc.