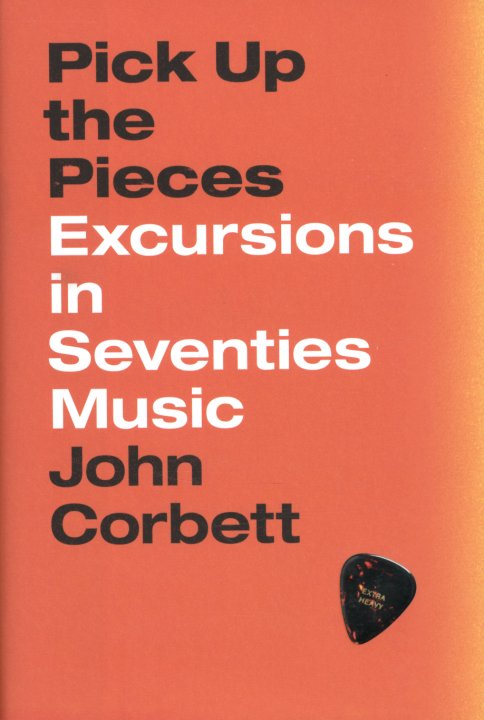 Pick Up The Pieces – Excursions In 70s Music (hardcover)

Writer John Corbett has given us words on a huge variety of musical styles over the years – a fair bit of them left field and avant – but this time around, he's tackling the full range of 70s rock, pop, and soul music – in a huge book that's unlike anything he's ever written before! First off, the large volume is very personal – part listening autobiography, part paean to the musical giants who shaped the decade, and part hindsight record review of all the amazing sounds that were created during the 70s! The book follows the decade with year-by-year chapters – yet it's hardly a history at all – as Corbett picks key songs and albums as touchstones for each year – partly because of their impact, but more because of the power they had for him as a listener. The albums run the gamut – from Nursery Cryme by Genesis, to Les Stances A Sophie by The Art Ensemble Of Chicago, to Pink Moon by Nick Drake – and songs include "Sex Machine" by James Brown, "School's Out" by Alice Cooper, and "Long Time" by Boston. 496 pages, hardcover.  © 1996-2022, Dusty Groove, Inc.