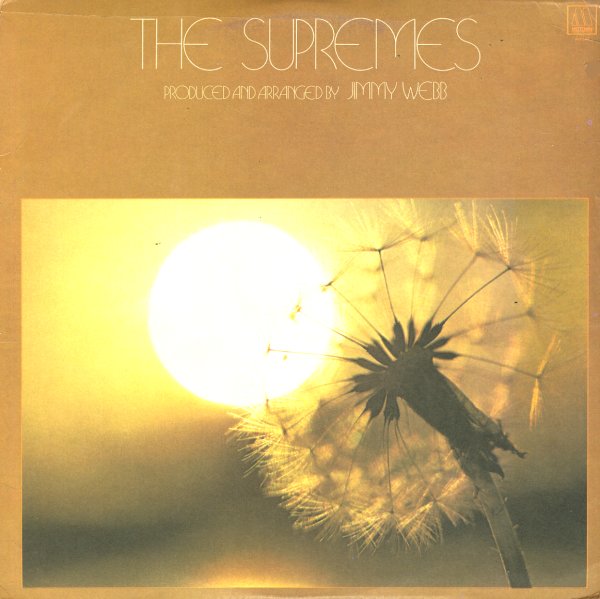 An overlooked moment of 70s genius from The Supremes – and from the great Jimmy Webb as well – given that the pop studio genius wrote, arranged, and produced the entire album! Jimmy had plenty of famous work under his belt by this point in time – including his famous collaborations with 5th Dimension – but the sound here is something completely different entirely, and very different than Webb's own records, as he was starting to find a voice of his own. Instead, the man is more than happy to let the vocals of the Supremes flow forth in this really heavenly way – with Jean Terrell now in the group instead of Diana, but never missing a beat in the lead – as she soars out in this sophisticated mix of strings and soul that's completely sublime! The songs are very fresh territory for the group, and the use of mostly Webb material on the record makes for a very unified set – almost the Supremes' answer to Minnie Riperton's fantastic first album with Charles Stepney, Come To My Garden. Titles include "Once In The Morning", "Cheap Lovin", "When Can Brown Begin", "Beyond Myself", "I Guess I'll Miss The Man", "All I Want", "I Keep It Hid", and "5:30 Plane".  © 1996-2021, Dusty Groove, Inc.
(Part of the Motown Did It First Series!)

Supremes A Go Go
Motown (Japan), 1966. New Copy
CD...$9.99
One of the biggest charting LPs by The Supremes – and one of the best, too! The girls are opening it up a bit here – getting in on some of The Miracles Go Go action of the period, and laying down tunes that have a bit more of a northern groove to them – relying a bit more on a ... CD