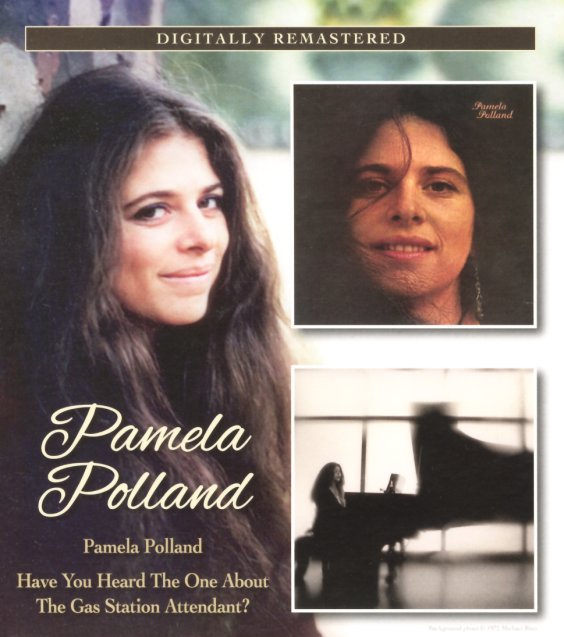 Two albums by Pamela Polland – one of which was never issued in the 70s! First up is the self-titled Pamela Polland – an obscure bit of 70s underground rock – the first solo album by Polland, who might be better known for her work in the psych-folk group Gentle Soul at the end of the 60s. This album's got a style that's a bit different than work by Gentle Soul – a lot more personal, and at times, a bit more rootsy – but not in a folksy way, instead more of that kind of early 70s California "back to nature" kind of rock – if that makes any sense at all. There's some great little songs on the record that show Pamela as a potentially huge figure in 70s rock – had she not gotten stuck off on the sidelines so much – but that fact makes the album all that much more compelling. Titles include "The Rescuer", "Texas", "Lighthouse", "The Dream", and "Sing A Song Man". The set also features Pamela's never-issued second album – Have You Heard The One About The Gas Station Attendant – a record that was finished, but squashed by Columbia Records as part of a political move after the label fired president Clive Davis! Polland was Davis' pet project at the time – and got top-shelf treatment for this second album – Elton John producer Gus Dudgeon put together most of the set in London, and Pamela is even more expressive, more thoughtful in both her singing and songwriting – with help from a host of key London studio talents, but all working in an understated mode that really sets the songs perfectly.  © 1996-2022, Dusty Groove, Inc.