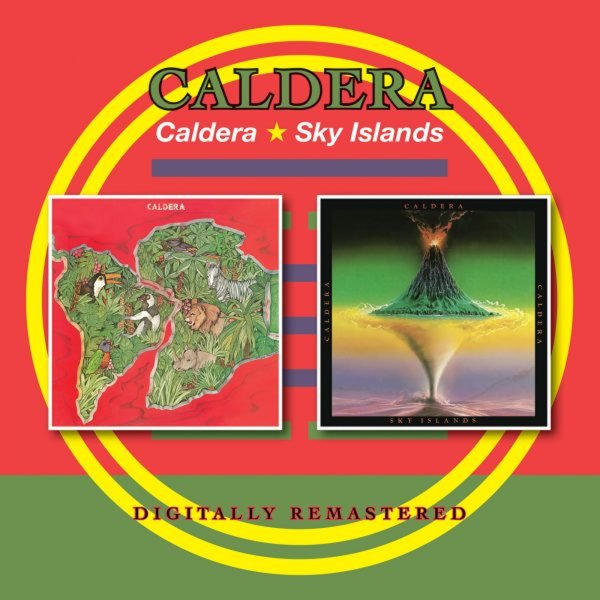 A pair of killers from this jazzy Latin combo of the 70s! First up is the self-title Caldera album – a jazzy Latin fusion classic – and the first album by the border-crossing combo! The group features both North and South American players – coming together in a hard-riffing approach to fusion that rivals the best fusion combos of both the California and Brazilian scenes at the time. There's a few nice moments that really belie their more southern roots – and recall the choppy fusion of Airto, or the vocal scatting of Flora – but the set's also got a sunny west coast finish, thanks to some wonderful production from Wayne Henderson – who kicks things up in a way that the group hardly matched on later albums! Guest stars include Raul De Souza and Roberto Da Silva – and titles include the funk classic "Coastin", plus "Guanacaste", "Out Of The Blue", "El Juguete", and "Synesthesia". Nest is Sky Islands – a set that's recorded with a smooth soulful style that's right up there with the best of the Capitol Rare generation! Caldera mixes together nice jazzy saxes with guitars, percussion, and some great keyboard work by Eduardo Del Barrio – all produced by the group with a sweet arching style that's very much in the Brazilian fusion style of the time – a wonderful blend that also gets a dose of California warmth, which is just the right element to send the whole thing home nicely! Tracks include the classic "Sky Islands", plus "Pegasus", "Carnavalito", "Triste", and "Ancient Source".  © 1996-2021, Dusty Groove, Inc.