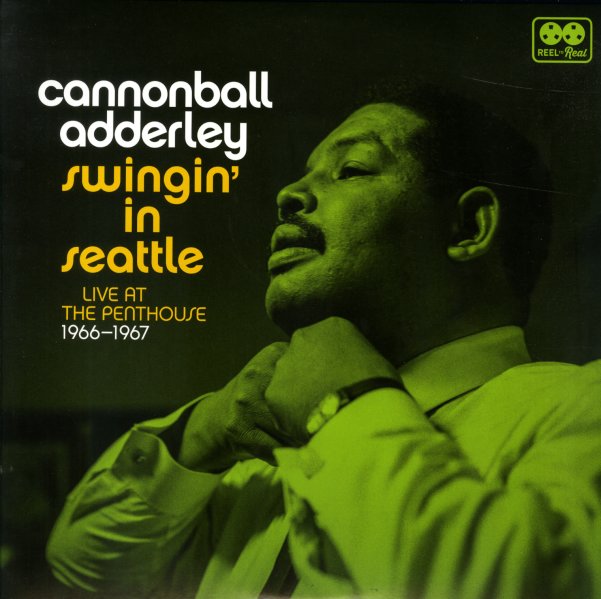 Great live work from the Cannonball Adderley Quintet – recorded during a time when the group's star was really rising on Capitol Records, but at a level that's got the more open-ended, freely-blown style of their classic concert dates for Riverside! The material here was all recorded for radio in Seattle, and the fidelity is excellent – sounds that are sharp as any of the group's key live albums of the period – with some very hip announcements between a few of the tracks! And unlike some radio live issues on the market, this one is nice and long – with eight long tracks that really open up – full of magical moments from Cannonball on alto, Nat Adderley on cornet, Joe Zawinul on piano, Victor Gaskin on bass, and Roy McCurdy on drums. Titles include "Sticks", "Big P", "The Girl Next Door", "Back Home Blues", "Hippodelphia", "74 Miles Away", "Morning Of The Carnival", and Somewhere".  © 1996-2022, Dusty Groove, Inc.
(Excellent package – with great mastering, and a 28 page booklet of notes!)