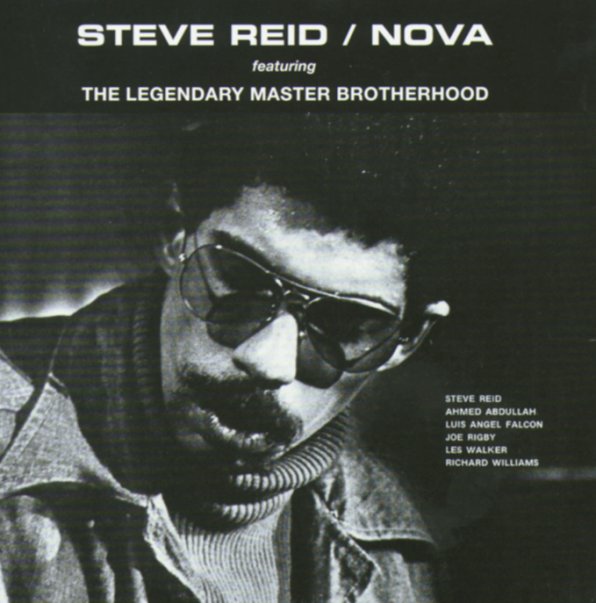 An underground soul jazz classic – massive grooves from drummer Steve Reid, and exactly the kind of set that's gotten him so much attention in recent years! There's a mixture of freedom and tightness here that's really wonderful – some of the looser elements of the loft jazz generation, mixed with an inherent sense of rhythm that always set Reid's records apart from the rest – a groove that comes not just from his own pulsations on the drum kit, but also from the elliptical basslines of Richard Williams on electric and Luis Angel Falcon on acoustic, and the mixed organ and piano lines of keyboardist Les Walker. Joe Rigby brings some really sharp-edged sax work to the record, alongside the trumpet of Ahmed Abdullah, who really sounds wonderful here – bringing a spirituality to the album that's clearly borrowed from his time with Sun Ra. The album includes the great groover "Lions of Judah" – which has a very Ra-like quality – plus other great cuts "Long Time Black", "Sixth House", "Nova", and "Free Spirits Unknown".  © 1996-2022, Dusty Groove, Inc.
(First 1000 copies pressed on limited edition red vinyl! Includes download.)

Spirit Walk (with bonus download)
Soul Jazz (UK), 2005. New Copy 2LP (reissue)
LP...$28.99 39.99 (LP...$24.99)
Drummer Steve Reid made some fantastic records back in the 70s – indie label spiritual jazz sessions that went on to become the stuff of legend over the decades – so much so, Reid was able to return to the forefront with this amazing new record in the 21st Century! The set is something ... LP, Vinyl record album