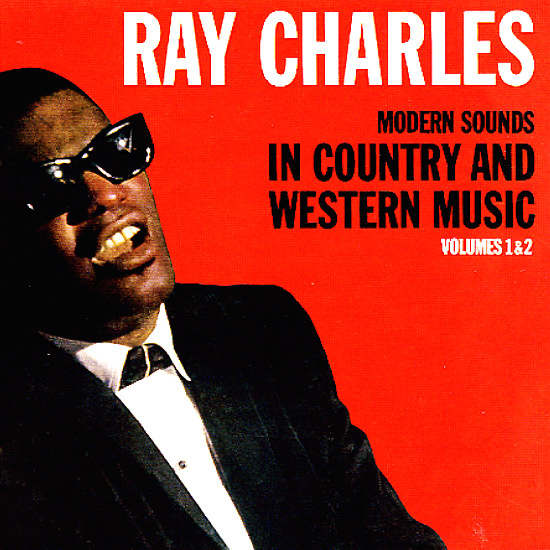 Brilliant work throughout – both of Ray Charles' classic country albums on a single CD package! Volume one is the stuff of legends – and what seemed a silly idea at the time was true proof of Ray's genius – the most successful album of his career and a bona-fide number one hit that rode the charts for years and years! Ray's voice works perfectly with the material, and thanks to soulful arrangements by Gil Fuller, Marty Paich, and Gerald Wilson, the whole thing comes off to perfection. Titles include "You Don't Know Me", "I Can't Stop Lovin You", "Careless Love", "You Win Again", and "Worried Mind". Volume 2 is the second installment of one of Ray's greatest albums – and a landmark in the genre of country soul! As the title implies, Ray's singing a host of tunes best known from the country side of the spectrum – but he's working here with arrangements by LA jazzers Marty Paich and Gerald Wilson, to completely re-cast the tunes into the "modern sounds" mode promised in the title. The result is wonderful – a style that gave Ray's career a whole new boost, and a genre that was a perfect foil for his rich bluesy mode of singing. Titles include "No Letter Today", "Take These Chains From My Heart", "Teardrops In My Heart", "Making Believe", and "Hang Your Head In Shame".  © 1996-2020, Dusty Groove, Inc.

Ray Charles In Antibes 1961 (with bonus tracks) (4CD set)
Fremeaux & Associates (France), 1961. New Copy 4CD
CD...$19.99 29.98
A fantastic vintage performance from the legendary Ray Charles – his first concert outside the US, spread out over four different nights at the Antibes Festival in France in 1961! This package brings together the full performance for the first time ever – not only including material ... CD