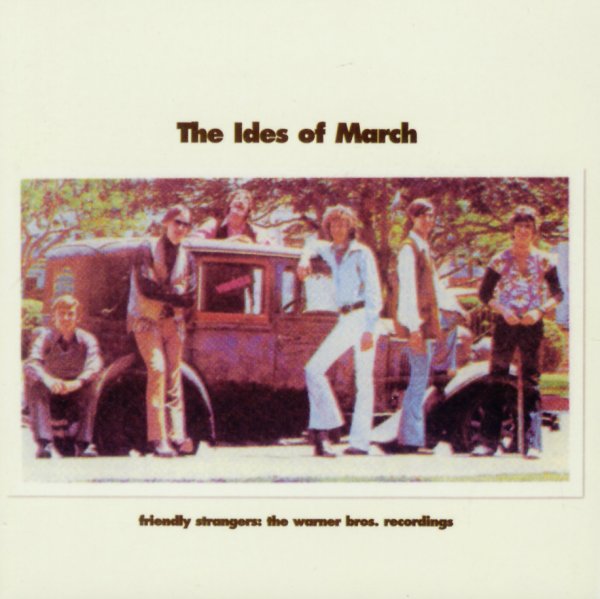 Both full Warner Brothers albums by this excellent group – plus bonus tracks too! First up is Vehicle – the debut album from Ides Of March – a group who will forever be known for the jazzy grooving title hit – "Vehicle", a brassy driving number that seems as if it's always being used in some sort of car commercial (which must net these guys a lot of royalties!) – but which is usually mistaken by others for being the work of Blood Sweat & Tears! Like BST, Ides Of March have a really driving sound here – pushing forward with heavy drums, sharp bits of brass, and a great early jazz rock sound that's way better than most work by the competition in years to come! Tracks include "Vehicle", "Wooden Ships", "Home", "Bald Medusa", "One Woman Man", and "Symphony For Eleanor".. Next is Common Bond – a great second set from Ides Of March – proof that the jazz rock combo had a lot more going on than just their famous single! The sextet hailed from the same scene as early Chicago (Chicago, of course!) – and have here a sound that shares plenty of the jazzy flourishes of that better-known group – blasting trumpet lines that soar, dip, and turn alongside the more uptempo tunes, and shade in the mellower ones. But there's also a more personal approach to this set overall, one that comes from the rough vocals of James Michael Peterik and some of the surprisingly heartfelt lyrics to a few of the album's best tunes – not entirely the height of early 70s singer/songwriter material, but also not that far either. Titles include the funky "Superman", plus "LA Goodbye", "Mrs Grayson's Farm", "Friends Of Feeling", "We Are Pillows", "Freedom Sweet", and "Tie Dye Princess", an extended number that runs for over 11 minutes. 2CD set also features singles tracks "High On A Hillside", "Lead Me Home Gently", and "Melody".  © 1996-2020, Dusty Groove, Inc.

American Beauty (3CD set – with bonus tracks)
Warner, 1970. New Copy 3 CDs
CD...$32.99 34.99 (LP...$21.99)
One of the crowning early moments from the young Grateful Dead – a key Warner studio album that really has the group moving from psychedelic to more roots-oriented modes – maybe a Marin vibe versus a Haight sort of happening – with loads of great guitar and pedal from Jerry Garcia ... CD